After two years of interruption for scheduled personal reasons, the conditions seemed to be there to relaunch a Patagonian wave camp (Nov 2016 – Jan 2017) and I hoped that others would join me in filling my container. The Germans had only four gliders in their own container, one Stemme, one Ventus M/15m, one Arcus M and one Antares, no other candidate to ship a machine. So I had to ship my Nimbus with its trailer via the port of Genoa, knowing that this expedition was going to be an economic bloodbath. It is also worth mentioning Jean-Marc Perrin, whose glider, a DG 808/15m, remains in South America all the year, but it does not fly in Europe and has to pay the travelling expense of an EASA inspector to South America.

Whereas a dozen years ago, we were 15 European machines! Why this disaffection for the long and fast wave flights which for the moment are practicable with equal ease in no other country on the planet? The attempts made by Sebastian Kawa in the Himalayan and Caucasian massifs showed the limits, both meteorological and logistical, which make him say that Argentina is still the least worst country! The Urals are still to be discovered and Sebastian, a Russian-speaking and trained with me in the wave with me in Patagonia, is certainly the best placed to continue this project, which I will probably not see the realization.

On the other hand, the commercial gliding centers in Namibia and South Africa are developing well, it is true that it is enough to make a check flight, to sit in the glider even in short pans and to turn under the cumulus as at home, it is within the reach of all, which is not the case in wave flight, indeed even in Europe.

However, the seven pilots who accompanied me this season certainly made the most beautiful flights of their lives, especially for having experienced the formation and the exploitation of gigantic hydraulic jumps (Bidone jump), which will remain dreams for the European pilots due to airspace limitations. Below, some pictures of the “monsters”. 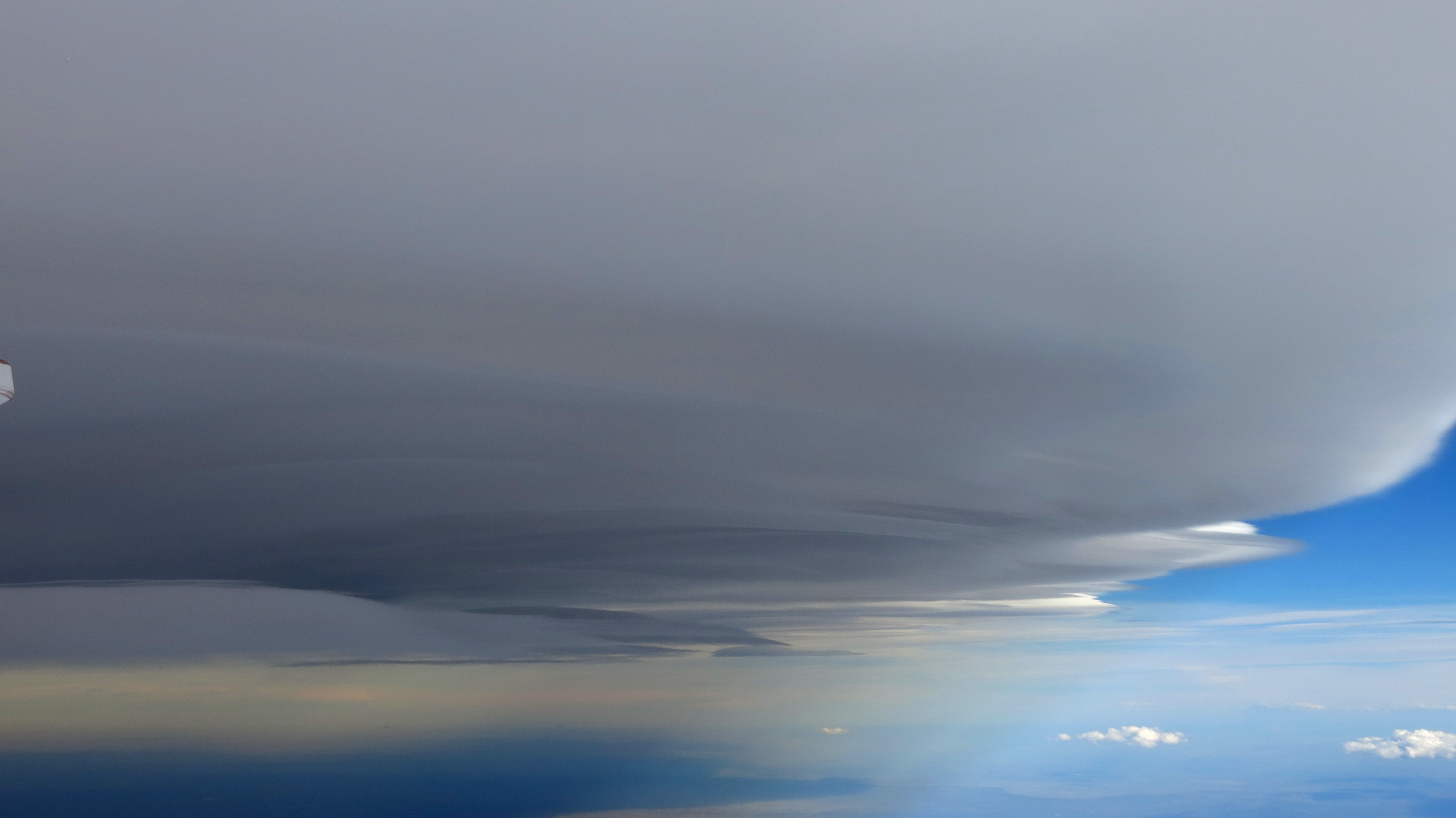 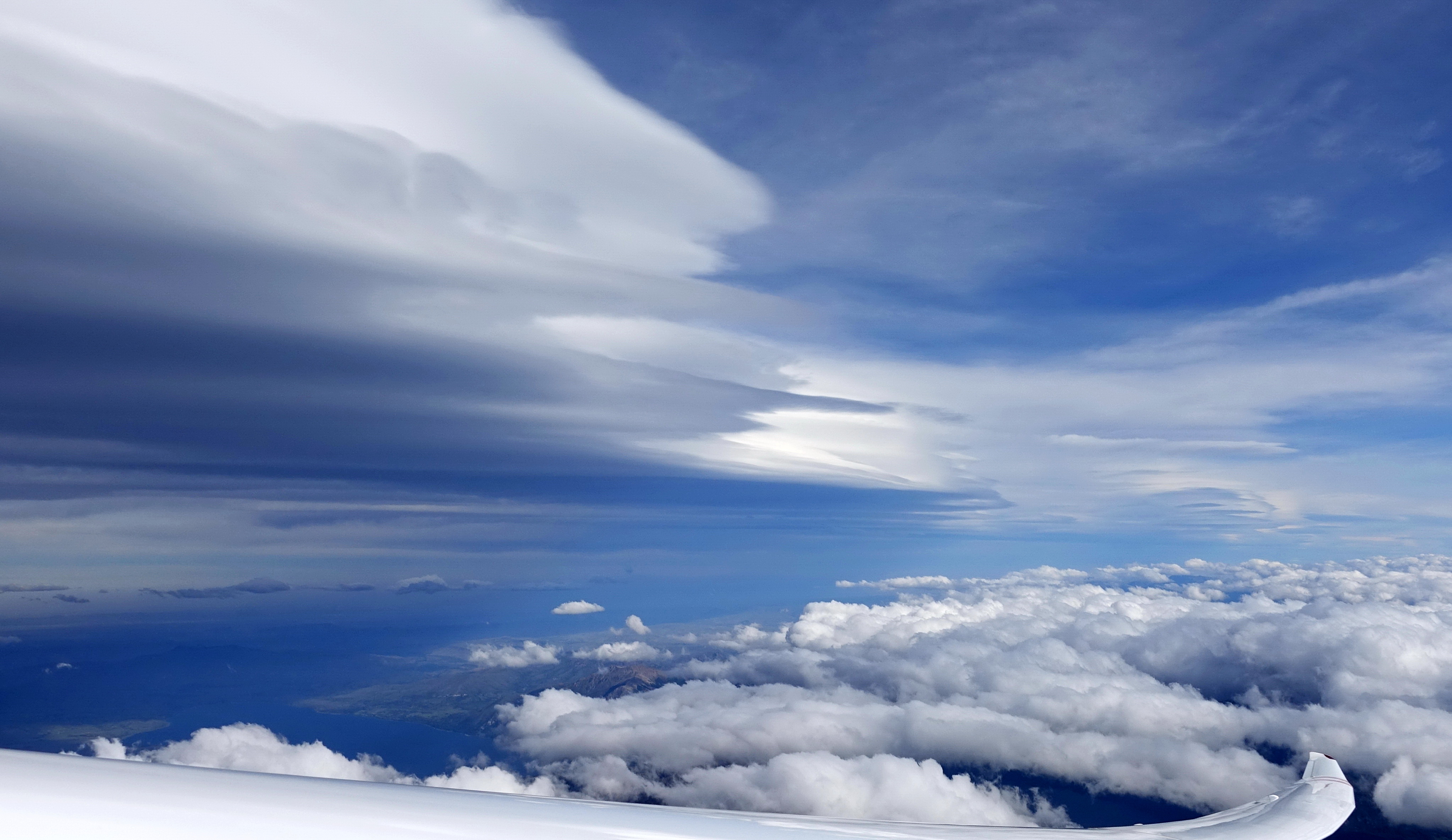 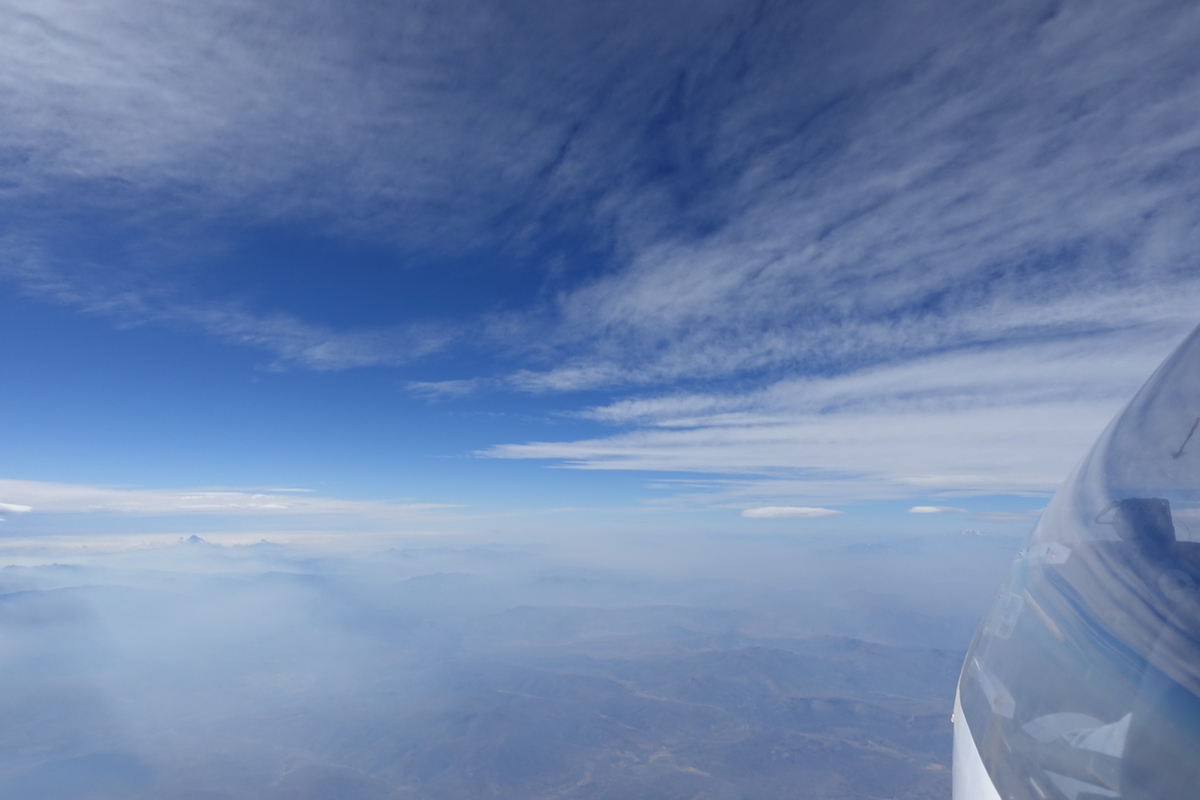 2016-12-16, 17:29L at 7.600m near Loncopué, looking towards volcano Copahue, erupting ashes and smoke. The leading edge of the forming hydraulic jump can be seen above us.

Beautiful lennies generated by the Cordillera del Viento, with the second rebound at the foot of volcano Tromen. In the background, volcano Domuyo (4.709 m, the highest peak of Patagonia), with a little hat cloud.