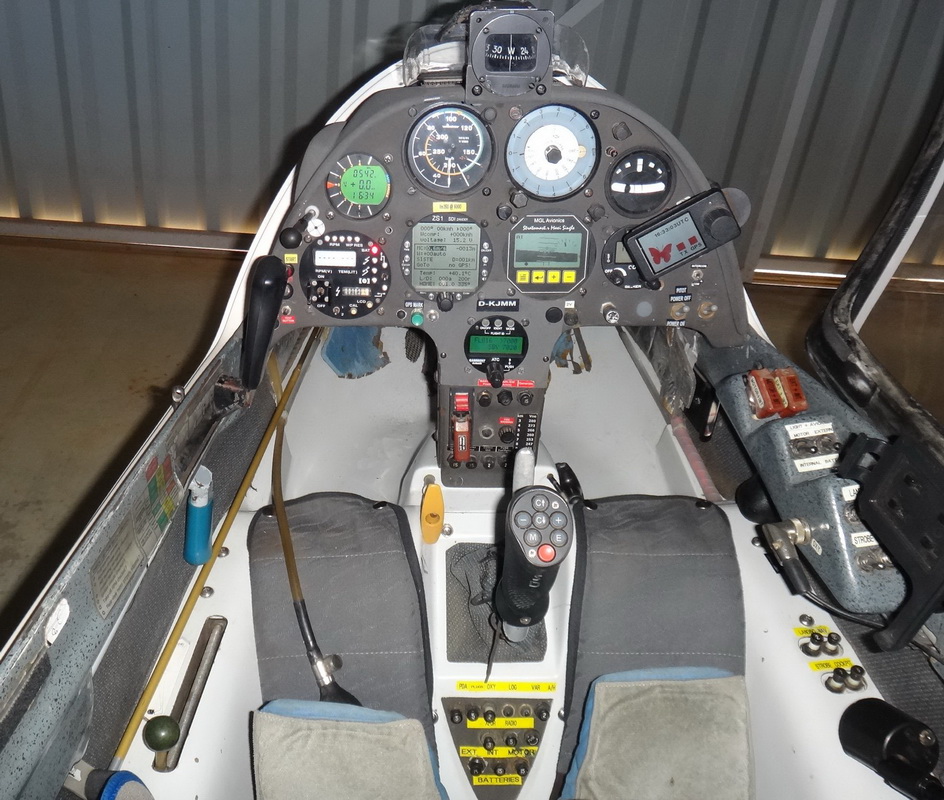 The four Solar Cells by Strobl 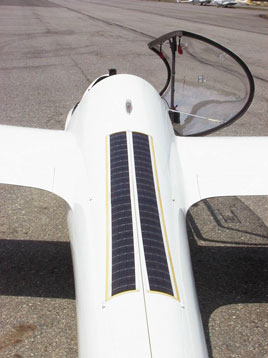 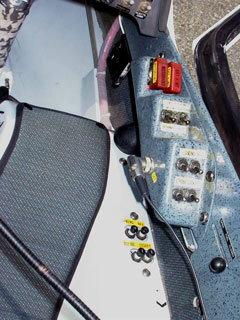 The switch board is designed to supply any ressource from any of the three groups of batteries.

In case of emergency, the pilot can use all the available remaining energy on board to operate any single essential instrument or any light.

Standard dressing of the pilot 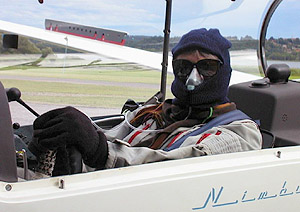 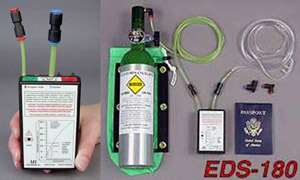 The EDS from Mountain High offers 40 hours of safe flight at any altitude with two cylinders of 4 & 8 liters. 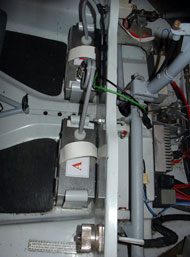 Designed by GEPTEC http://www.geptec.fr/topic3/page1.html on the basis of the SAFT elements used in the electric motor glider Antares http://www.lange-flugzeugbau.de/htm/english/news/news.html these batteries are practically insensitive to the low temperatures and don’t show any memory effect.

For these reasons, the available final capacity during long flights at high altitude is three times the one of the conventional lead batteries, for a weight of nearly half. While doubling their number thanks to the use of available free space, the available total capacity has therefore been multiplied by six, which solves any energy problem and leave the pilots full freedom to use the electric heating according to their needs. 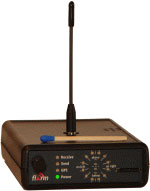 This device will help preventing collision near lenticulars where all gliders fly along the same path at very high speeds. Our Nimbus have an additional repeater in the front instrument panel that gives an easily readable map of where the incoming traffic stays. But don’t rely too much on it, look carefully outside and pay attention to radio messages! 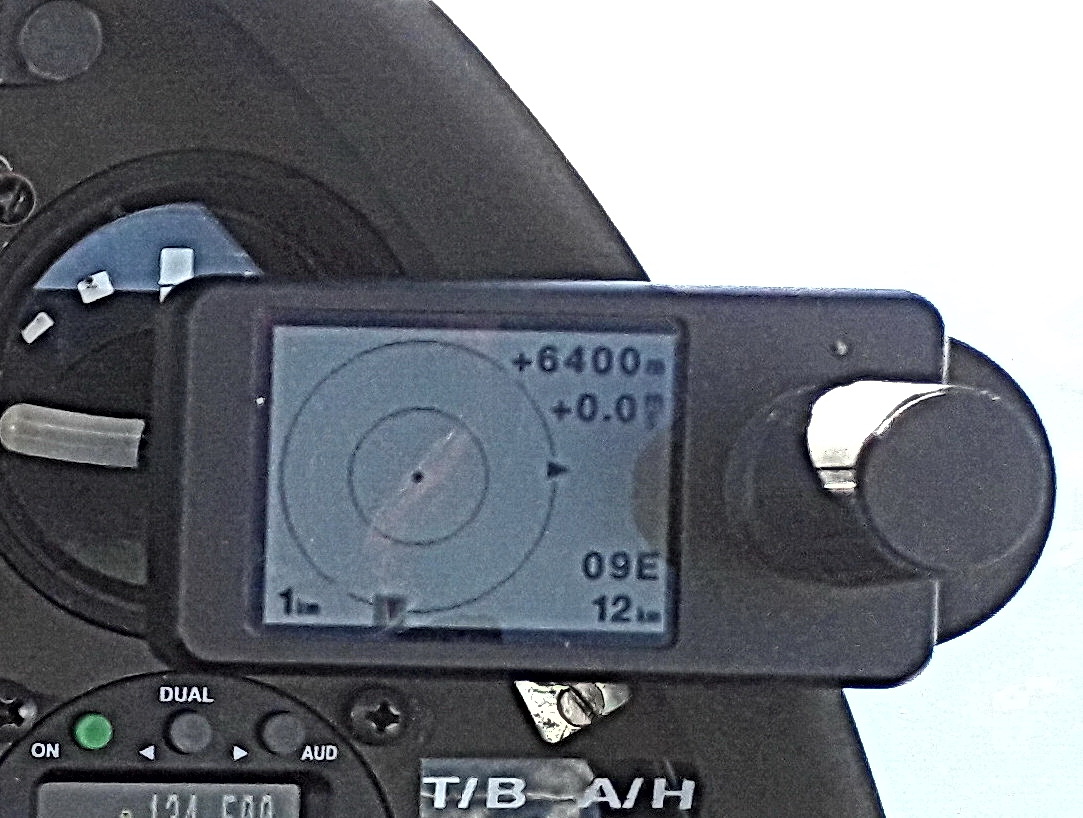 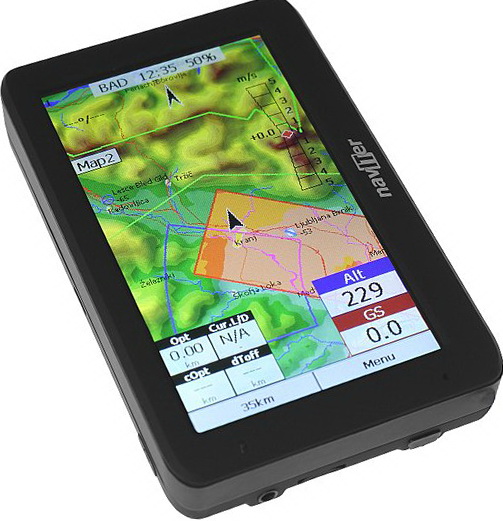 Thanks to this system, the navigation above the clouds or above deserts has never been so easy. After having been flying with us, Andrej Kolar, designer of the software SeeYou Mobile and navigator-logger OUDIE-IGC, he applied some improvements such as the magnetic radial to the VOR (the only one used in the general aviation, and we are an integral part of it), the page for centering the wave, etc. With the last version, the parameters that have to be transmitted to the controller can be read by the pilot at a glance, and he can see his position in the airspace with an accuracy of a millimetre.

Certainly more accurate than the airliner that has to separate! Now the centering of the lift area in wave has become child’s game! And for the fanatics of the raster maps, one can use alternatively Pocket Strepla http://www.strepla.de/StrePla4/english/ . Every pilot obviously has his own OUDIE-IGC, customized according to his needs, and powered by a separate power and GPS source, making this system highly redundant and very safe.

http://www.mcmurdo.co.uk/
A major problem at FL 250 and you need to bail out with 80 kt wind. You will land at best 30 miles from the wreck of the glider and the ELT of the glider will be of little help. Your Personal Locator Beacon stays with and will inform the Coast Guards of your name, the phone numbers of the persons to be contacted and your exact position within few minutes. Same if for some reason you make an outlanding in the middle of nowhere and you can’t leave the glider.

The Fastfind is waterproof to a depth of 5 meters and the -20°C PLB battery operates in temperatures up to +55°C and has a 5 year storage life. Once activated, the Fastfind will operate for a minimum of 24 hours.

The Inmarsat nework will allow you to talk or send a SMS to anybody anywhere in the world at a reasonable price from any position and any altitude. Very useful when the radio does not work and you need to know the weather at home, or have landed in some place where cell phones have no signal. Also works with the glider’s battery so you won’t stay unconnected.

Increase of the Vne in altitude

Following the application of balancing weights to the internal ailerons (TN 868-29) http://www.schempp-hirth.com/ , the Velocity Never Exceed (indicated) in altitude has been significantly increased, from 130 kt to 145 kt at 20.000 ft, close to 190 kt ground speed without wind! This glider became the fastest in the world!

In consideration of the very long time spent at high altitudes and since every human body reacts in a different way to hypoxia, every crew member will be able to monitor his own oxygen saturation rate at any time thanks to the Nonin Pulse Oxymeter. The Large Bright LED displays SpO2 and Pulse Rate can be read from any angle, day or night. It accommodates a wide range of finger thicknesses, 0.3 – 1.0 inch (8 mm to 26 mm). It is automatic On/Off and has the US Army and US Air Force aeromedical certification for use in helicopters. 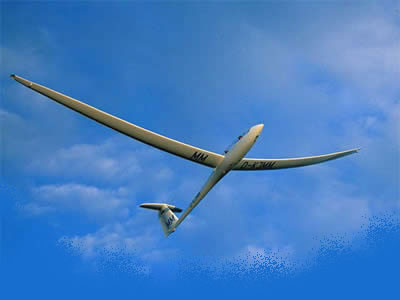