I don’t like much to narrate a flight, but this one is too exceptional to be forgotten, there are too many teachings to be divulged. In a big triangle, opposite to the out and return and the yo-yo, one never flies above the same place, the conditions are completely different on each of the three legs, it is necessary to continuously invent route strategies and flying tactics. It is indeed the king of the tasks, together with the straight distance. 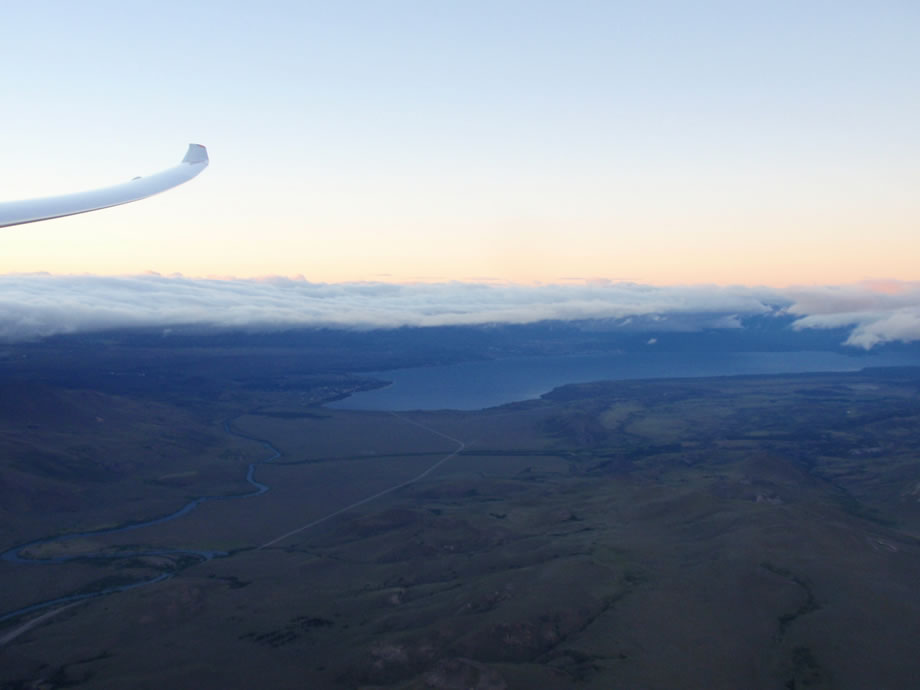 Therefore takeoff at 6h03 local (09h03 UTC), 30 minutes after the official dawn. Engine  until the usual wave entry point which is also our start point, where we meet John Williams who, although airborne 30 minutes before us, is still there because considering the 20 minutes capacity of the batteries, he stops the engine three minutes after take off at 300 m AGL on the ridge and climbs the stairs smoothly one by one. Excellent idea since he will need his engine to return back home in the evening after crossing the  finish line.

The sun is rising on a sinister grey layer of Sc turning to a vivid pink while filling us of joy. 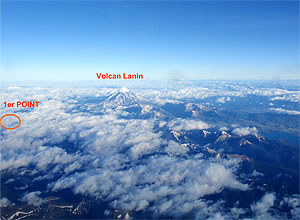 The west is as usual totally covered but fortunately the altitude of the top is low, what will allow us to overfly the first turn point above the clouds without major worry. I even take the time to make a photo. 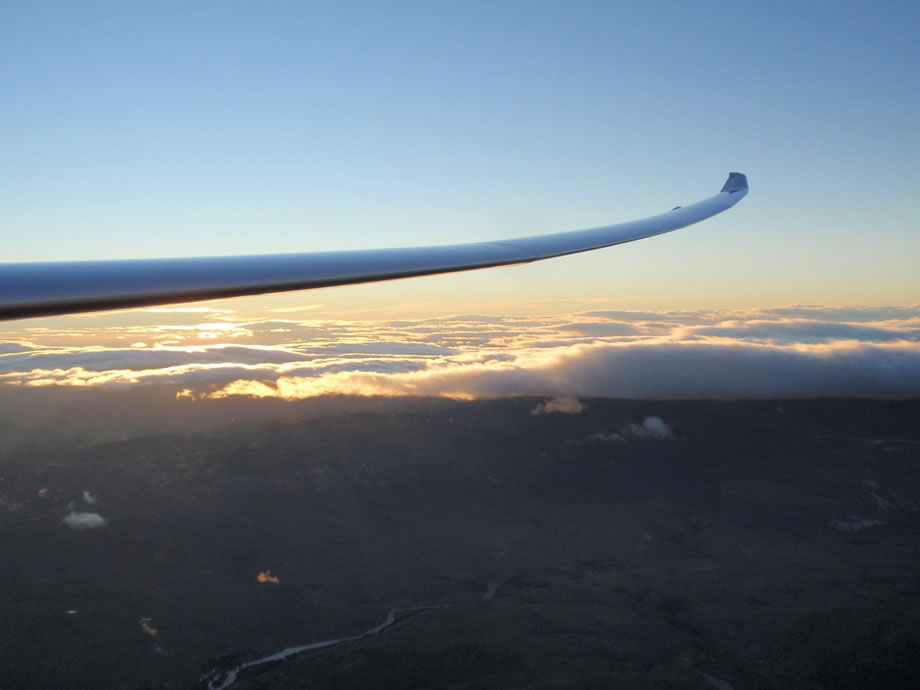 Indeed, in this type of triangle and in order to maintain the external turn point (the one to the East) in a hilly area still generating waves, it is necessary to move the two other points as far as possible toward the west, therefore necessarily above a dead and/or covered area inside the Andes, usually in Chile. Flying from the last wave climb to the first turn point (at the Chilean border), about fifty kilometres, is a merely ballistic flight achieved at a speed permitting to come back and catch the last wave at a safe altitude. The price to pay is at least 2.000 m.

Then came the first bad surprise, with the ATC. Convinced that Bariloche had transmitted our flight plan to Ezeiza (FIR Buenos Aires), I request a clearance for FL 230 inside Chapelco TMA. That should not be a problem since there is no traffic at all in this area, in particular at 7 a.m. on Christmas day! Hey well no, not today. First of all Bariloche didn’t transmit the FPL and the kind lady is not very happy, it is necessary to restart from scratch. Fortunately the plan is approved again but only until FL 195. I eventually ask to apply the NOTAM 4274 that allows until FL280, while hoping secretly that she won’t understand the geographical limitation of longitude 70° in relation to the declared point: she didn’t even know about the NOTAM! After some minutes of waiting, her chief answers us baldly that since the NOTAM also foresees that it is necessary to maintain the communication with the ATC, he estimates that there is a risk to lose this communication and refuses to allow more than FL 195. Useless to get excited, we will be happy with FL 195, the situation is not justifying an infringement because the transponder is ON and responds (probably Chilean radar).

From a gliding point of view, the situation is far to be brilliant. The usual energy roads are very weak, the Vz netto is around 1 m/s, not sufficient to continue cruising and it is necessary to stop for climbing at the entry of the Bariloche TMA in the only acceptable climb in a radius of 100 km, average 2 m/s, a misery!

New surprise: Ezeiza did not transmit our flight plan to Bariloche TWR, neither the employee of the ARO on the previous day! No worry, we restart the FPL from scratch, it is free! And we start heading southeast, Alea Jacta Est! Bruce recalls me that by precaution, he wears his swimsuit, the next turn point being close to the Atlantic Ocean.