3/11 The customs, always the customs, but not the one that was expected

Following the miseries of previous years, which ranged from 6,000 USD baksheesh to get out of the port to the sequestration of the glider during one week, I had definitely ruled out the solution of the maritime or land customs to pass to the aeronautical customs, which follow the Chicago Convention and thus the rules are the ones published in the AIP. Entry clearance in Chile, where corruption is practically non-existent, uses the ATA Carnet, a system that works perfectly almost everywhere, even in Zimbabwe, but not Argentina because it does not leave space for baksheesh. Customs clearance is therefore only a matter of half an hour instead of several days, except that this year the whole Chilean public administration entered an unlimited strike three days after the arrival of the container. Therefore we made a U-turn in the port of Concepción after crossing the Andes, 24 hours drive for nothing. Three days later, our very efficient custom agent informed me that my trailer was waiting for me in her garden. Great lady! The Germans have waited one month in a hotel before getting their container. 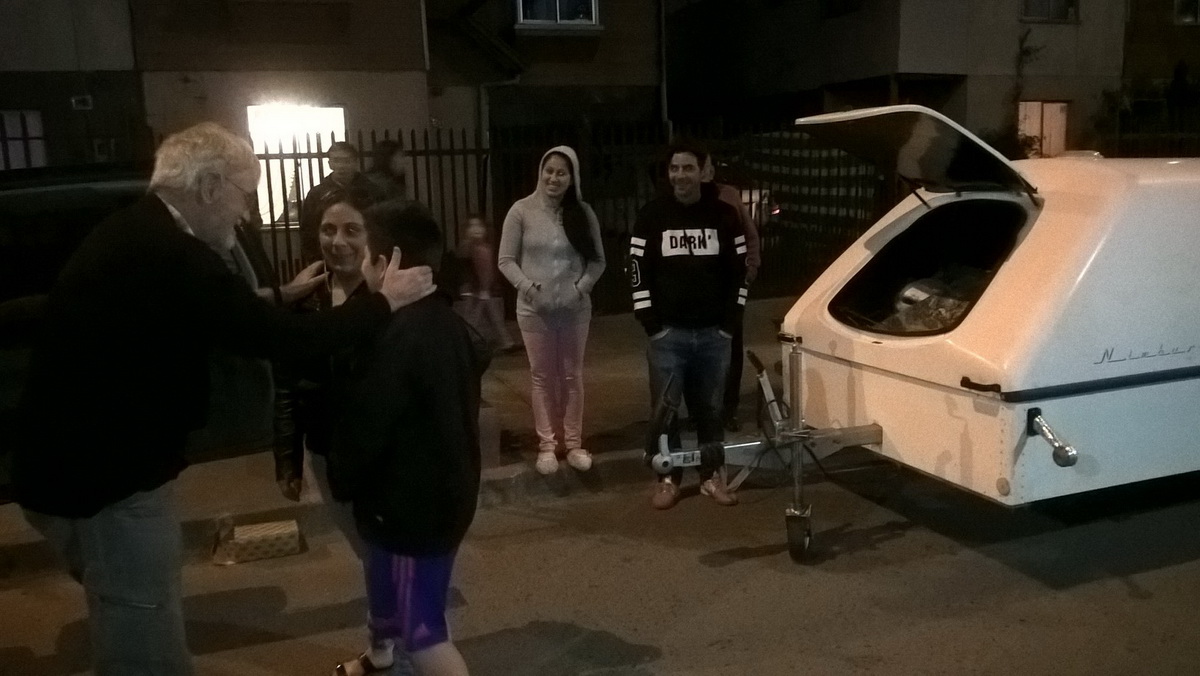 Taking delivery of the trailer at our custom agent’s home.