Eighteen years ago, I launched my first expedition in the Andes to discover the wave phenomena of which airline pilots spoke while trembling and the rare glider pilots which returned from it had their eyes twinkling. During all these years, strengthened by our alpine experience, which I consider today to be the most complex on the planet, accompanied with  120 enthusiasts from all countries, we have explored the Cordillera between 32nd and 50th parallel, over 2,000 km in length, by all winds except that of the East. 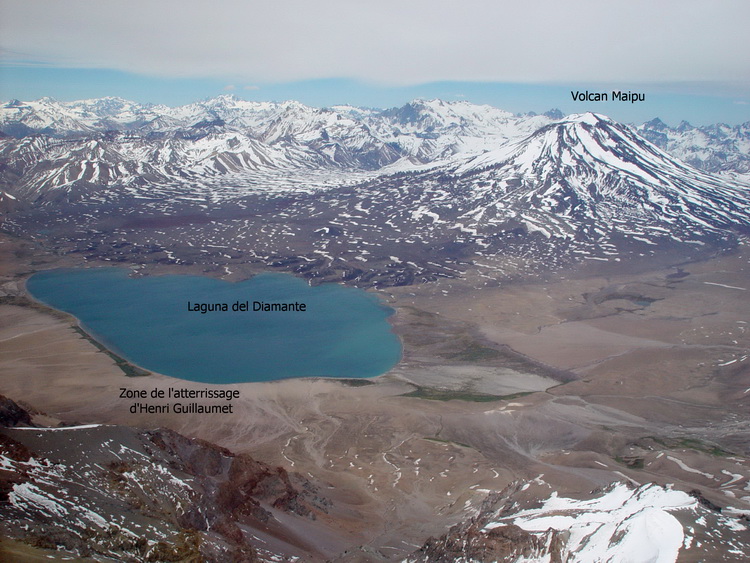 Our base, San Carlos de Bariloche, was exactly halfway between North and South and we could easily choose to go North or South depending on the conditions. The most northerly point being the Maipu volcano, between Santiago and Mendoza, well known to the French for being the crash site of Henri Guillaumet with a Potez 25 on June 19, 1930 (read Terre des Hommes), also our first world record in 2003, the out and return of 2,000 km, repeated to date by a single pilot, Klaus Ohlmann. 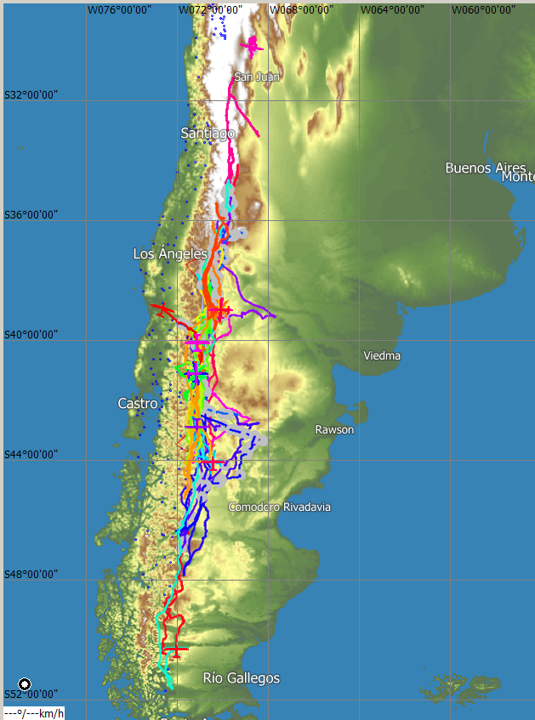 The tracks of the Patagonian flights of the last 20 years: more than a thousand times the same route, and only 5 pilots have left the “highway”, for 5 world records in triangle (JM Clément, PA Desmeules, D. Memmert, K Ohlmann, JM Perrin). With SkySight, no need for any special knowledge or local experience, the “artificial intelligence” will guide you.

To go further north, I had to either take the risk of not returning until eight days later (which Klaus did once in Nimbus 4DM), but the structure of my expedition did not allow me, or have a “Plane that glides well”, in other words the Stemme S10, which Pierre-Alain Desmeules did with Jean-Marc Perrin in 2010, essentially in “airplane mode”.

In short, in simple terms, we went around the playing field for a “normal” glider, because the standard self-launching engine does not allow to travel. In addition, the level of corruption and red tape in Argentina had discouraged all the pilots, including the group of Germans, forcing us to go through Chile, with all the complications that this implies. Then in 2016 Argentina finds another way to get in the way by limiting permanence on its territory to 45 days a year. For me, in a standard motorized glider in its container, that was the end of the adventure. With a Stemme, it’s simpler, you just have to return to Chile with the engine while waiting for good conditions.

Not so much to discover, all the novelties have been printed in my book “Dancing with the Wind”, all the wave points are identified over more than 2,000 km.

With the arrival of SkySight, the revolution of the century, no need to know aerology, analyze weather maps, make a forecast; for 80 € per year, everything is available during the flight on the smartphone or tablet , with the position of the glider and waves within a few meters and the value of the lift. All that’s missing is the autopilot (now available on the Stemme S12). In other words, the “2,000 km for all”.

So for me, because of lack of innovative interest, the Argentinian adventure ended.