Jean-Pierre questions the DGAC (Civil Aviation Directorate) and obtains the authorization to use his Stemme at Calama airport (photo) during November (latitude 22 °S, just above the Tropic of Capricorn), the San Pedro runway (photo) not being sufficiently secure. The idea being to fly thermals for a month above the volcanoes with approx. 50 min engine (110 km) to get there. The plan was then to move mid-December in southern Chile to Balmaceda (latitude 46 °S) for a month to fly wave there. This place is without doubt the best of the whole Cordillera, and is located in Chilean territory. With Balmaceda Airport being unusable for repairs, it will be Chile Chico, on the other side of the lake, uncontrolled, already used by Jean-Marc Perrin.

The project becomes clearer, the budget also, I buy the airline tickets, launch the mailing to the friends and the communications to the media. In June 2019, it’s gone for November in Calama and December in Balmaceda/Chile Chico! 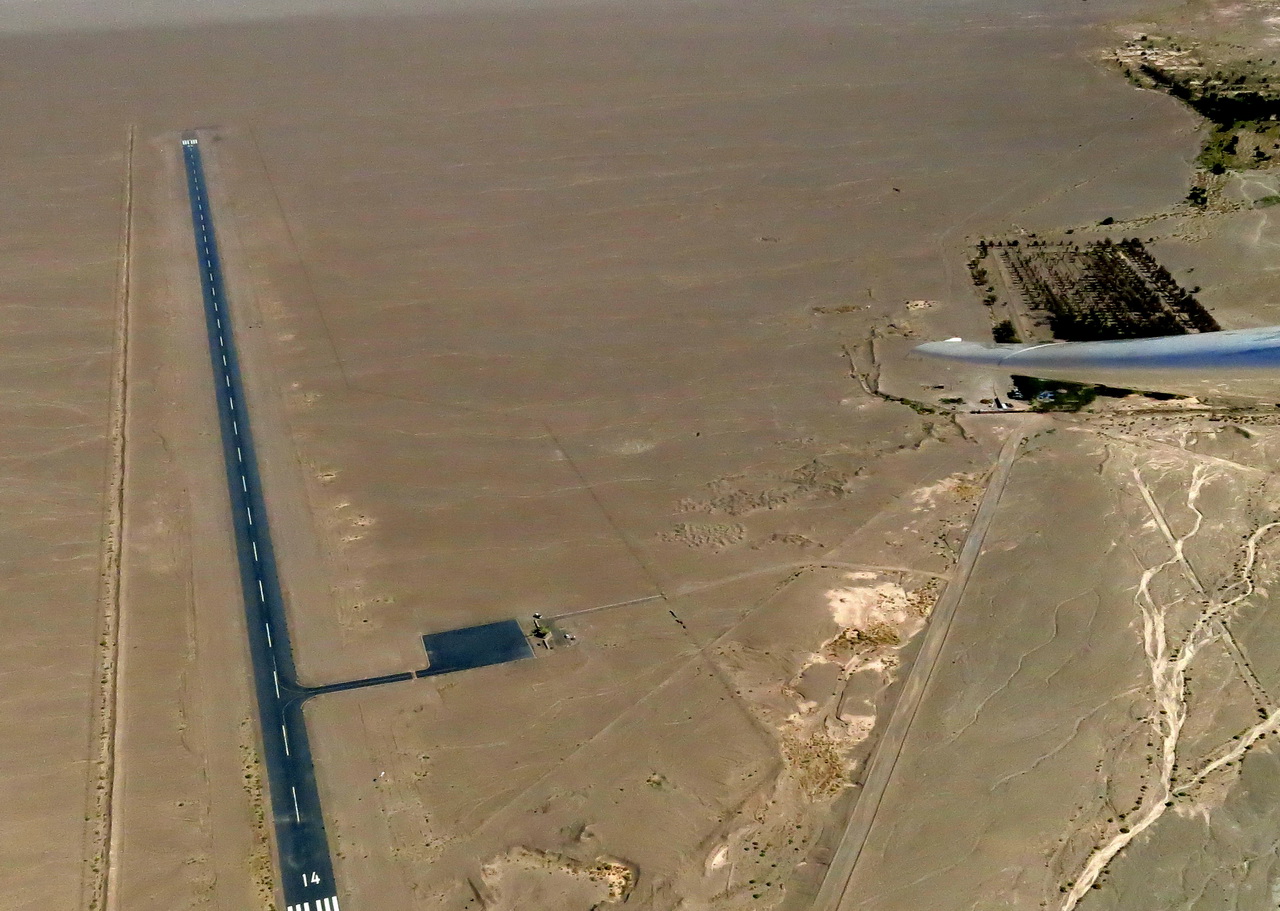 The San Pedro de Atacama runway, altitude 2,400 m, length 2 km, in the middle of the desert, no security, no service. Municipal well N° 3 is visible under the wing. In this period of social unrest, parking there would be too risky, we will choose Calama. 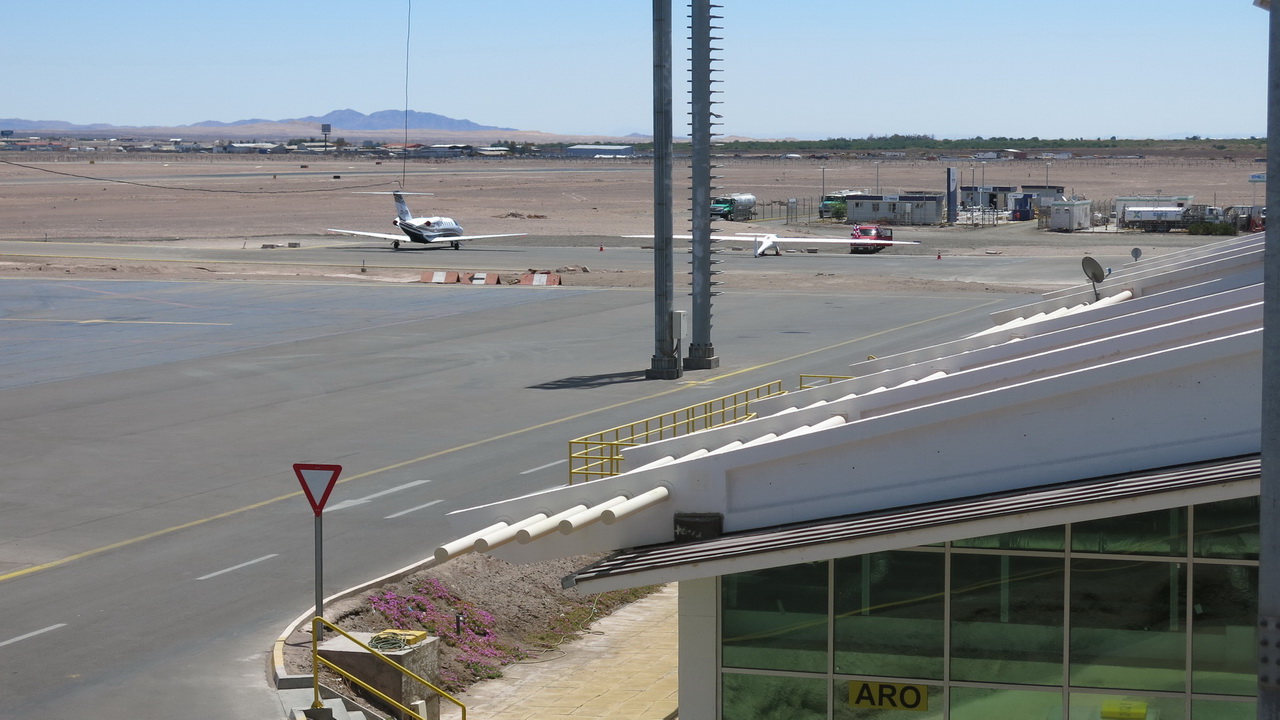 At the totally secure parking of Calama international airport, in good company. But no AVGAS! 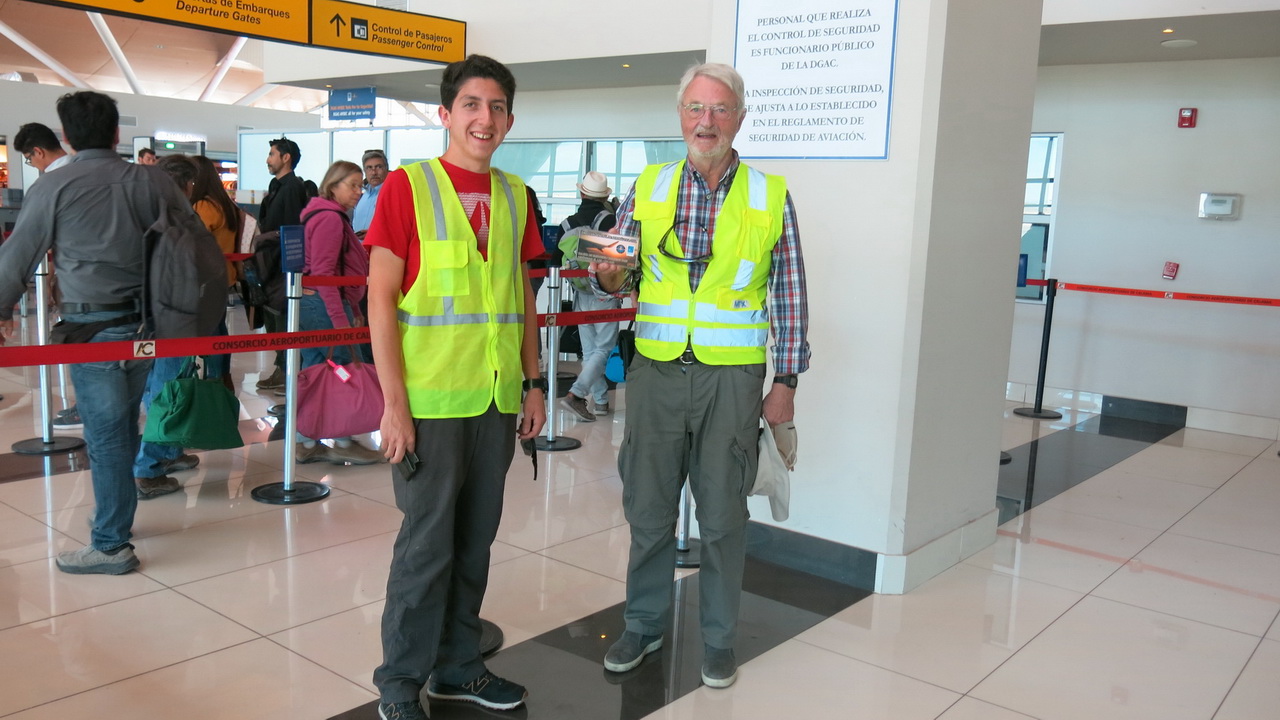 Going through security check like any passenger, with a special boarding pass given by the DGAC after approval of the flight plan. Totally acceptable given the social situation. Accompanied with my “legal” pilot, a young student who soloed only 6 months ago and logged only 40 hours. This will be the occasion of his life!

The intentions to participate arrive very quickly, in September I already have 24 candidates, half for the thermals of Atacama at the tropics, half for the wave towards the South Pole.

First concern, the Stemme S10 does not have its papers yet, after two years of waiting and red tape. The last problem being that the company that built this aircraft changed its name from Stemme Gmbh to Stemme AG. For the Chilean bureaucrats, it is too complicated, months are lost. Finally, the papers arrive two months before our departure. Rush against the clock to prepare the machine, install the oxygen, the navigation instruments, train the pilots, and above all make it take off from an earth runway 500 m long near Viña del Mar, which was not granted, according to a famous owner of S10 Limbach. Relax, take off is safe with 2 pilots on board and the minimum fuel. For the ferry flight to Calama, we shall refuel at the nearby airfield of Viña del Mar, which has a long paved runway.

Given the number of participants, I have to find another glider. A Vitacura pilot agrees to rent his Arcus M, good news. But when it time comes to concretize, the answer to the question “insurance? ” freezes my back: “none, not even TPL, third party liability, it does not exist in Chile”. Unbelievable. I immediately send requests for tenders all around the world, up to Russia, nothing to do. Lloyd’s is not wishing to cover the Chilean risk, the others will not follow. Thirty days before departure, I have to admit that we will have no kind of insurance at all.

Abandon? Not yet. One solution is to have a Chilean pilot as the Pilot in Command, legally responsible. They agreed, they don’t care. This doubles the cost of flights and reduces the interest in those who wanted to fly with me. Many pilots withdraw, the participation of the Arcus is canceled. I also have to cancel the second part in the South because the wave flight is taking place entirely in Argentina. It seems useless to risk an outlanding in this country without having at least a TPL insurance, it would mean a return by truck without counting the administrative hassles. We will spend two more months doing Andean tourism.

I will also have to provide food and lodging to four Chilean pilots and pay them the airline tickets from Santiago to Calama. The owner of the S10 agrees to give us his machine, being himself his “damage” insurer against a substantial premium, which doubles the expected cost. Luckily, the glider will return home unharmed, as will the owner’s 4×4 van, also without any form of insurance.

For the few European passionates who are still interested, this is a cold shower. At the end, in order to get this expedition going on, I shall bear all these additional costs making only one or two flights a week. Another balance sheet in deep red… 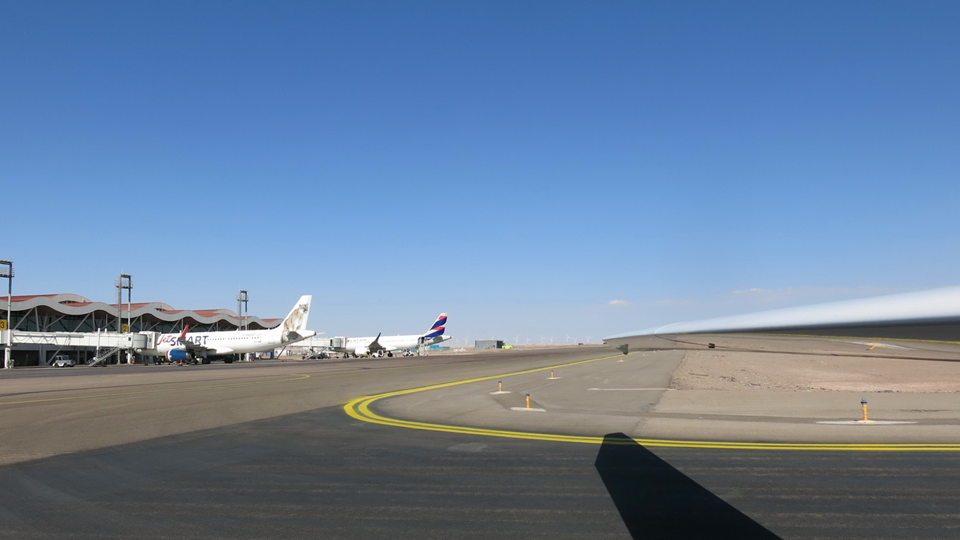 The return before night, around 7 p.m., corresponded to peak hours of airlines and integration into the IFR procedures was not always simple, but well accepted by all.