Of course we didn’t ever flown at 200 km/h of average during five hours, of course we could not make flights of 16 hours from  dawn to sunset because the meteorology never conceded ever us a whole day worth of interest, and by consequence my beautiful dream of the 2.000 km triangle is reported sine die, but this is a good reason therefore to return there! And as none of the eight training pilots and the four tourist pilots that came, were fanatic of records, the satisfaction was total and the ambiance of the nicest.

To be one year of anomalies one could make with difficulty better. First of all the world economic crisis entailed the disclaimers of all candidates to the transportation of their personal glider. We were therefore only two European gliders, Klaus with his DG 400 and myself with the Nimbus 4DM, each with his trailer, in a play ground of 3.000-km long, what didn’t stop us from almost touching lightly us sometimes (well evidently my FLARM fell quickly in breakdown, like every year!). The always green and smiling Diether Memmert, Spanish big professor, flying my Nimbus every second day.

Still because of economic crisis the maritime company that Klaus and I usually used, MSC, played us a very nasty tour while speculating on the speed and the itinerary of the boats, generating a delay of 18 days for a scheduled duration of navigation of 20 days. But if I confess to have been very close to the crisis during these 18 days of waiting in Buenos Aires, I failed to make a heart stroke when I read the contract (with three pairs of glasses): the company doesn’t have any obligation to deliver the container in the foreseen port, it can deposit it in any port at any date in the 12 months that follow the embarking, evidently without any possible recourse! Never MSC again!

In fact, for the return, I chose another company that delivered us the glider on the day and at the hour scheduled, in Milan.

The biggest anomaly, and it won’t be a surprise for anyone since the phenomenon was common to Europe and to South Africa, was the meteorology in terms of winds and temperature. During the period historically the best, November 15 to December 15, we lived several successive days of CAVOK in beach and even two days of Easterly wind with rain. The most beautiful flights having finally had place beginning January in spite of elevated temperatures (30°C on ground) and the isotherm 0° above 4000 m.

The temperature was besides a very good (or very bad depending on whether you make the tourism or the gliding) surprise this year, with a overheating of 10°in altitude respect to the standard atmosphere, in the beginning of the spring, until 18° in the beginning of the summer. We only have very rarely used the electric heating and the special flying suit that KiloYankeePapa prepared for me (http://www.worldsail.ws/index.php/manufacturers_id/21) could not be tested ever, it was necessary to carry it practically always open. For the amateurs of statistics, the temperature at 6.000 m beginning November was near to -15°C to -4°C beginning January (in standard atmosphere it is -27,9°C). The temperature at 8.000 m beginning November was neighboring -28°C to -19°C January 15th (in standard atmosphere it is -37°C). The temperatures on the ground were less abnormal, only the rainfall was strongly showing a deficit. Certainly it was close to 30°C on the ground December 13 but only 3°C December 20, day of the summer, with snow on the ridge and fire in the chimney, but that it is normal in Patagonia.

We nethertheless flown more 200 hours in two months with only one glider and never found the time to go fishing.

Still in the domain of the anomalies, whereas every previous expedition has been marked by an engine failure, this last turned like a Swiss clock but on the other hand we should have managed seven other failures that I will explain further so that you can take advantage of these experiences.

And to conclude with the anomalies, it  happened that I started making tourism with pleasure and finally knew the black glacier (or what remains), the white glacier, the forest of Arrayanes, the Colonia Suiza and the luxury lounges of LLao LLao! Without speaking of the pancakes with Dulce de Lece on a sailboat on the lake, in brief the day of the departure jarrived too quickly and we wait for only one thing: to return there! Small detail that is not without importance, the exchange rate of the Peso to the Euro, which was of 1/1 in 2001 is today 5,3/1, once the airline ticket is paid (approx. 1.000 €), this is a cheap and beautiful holyday! 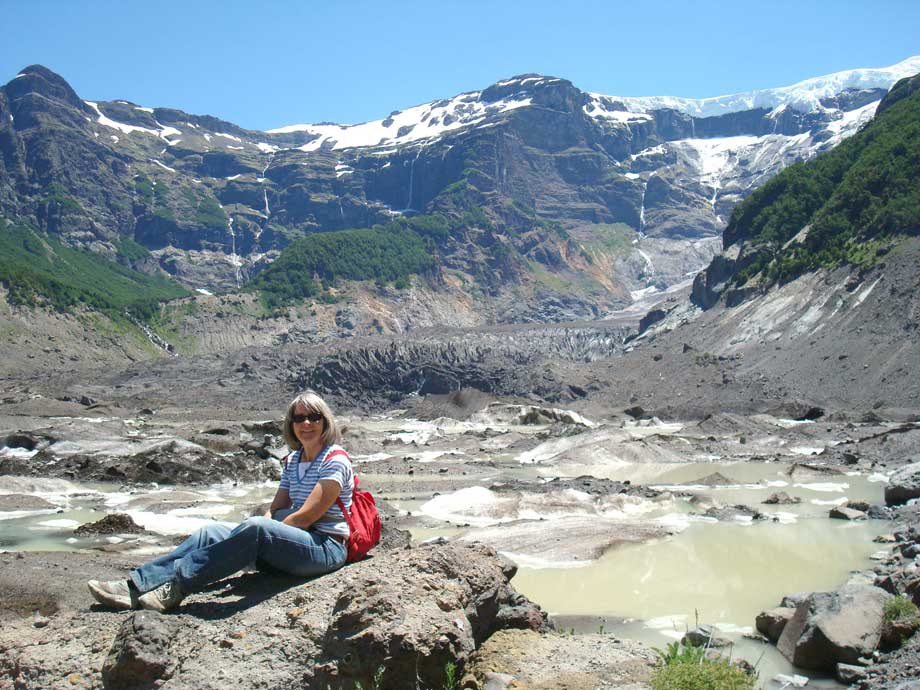